Most women at the beginning of the twentieth century were to be seen and not heard. They did not have the vote and had few legal rights. There were some women who definitely broke the mould. In many ways it was the Suffragettes who started the ball rolling. They were extraordinary. They nursed soldiers on the Belgium front in WW1. One even joined the Serbian army, became a decorated soldier and survived the fighting, typhus and shrapnel. The talk detailed the activities of these extraordinary women as well as others who did a great deal to improve the lives of others both at home and abroad. One of those mentioned was Elsie Inglis who was a Scottish Doctor and Surgeon. At the beginning of the war in 1914 she offered her help to the War Office and was told to go home and sit down. Within weeks she had organised The Scottish Women’s Hospitals which nursed injured soldiers in France and Russia. 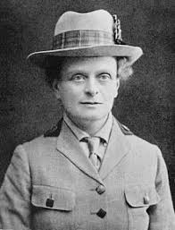 Two other extraordinary women were nurses - Mairi Chisholm and Elsie Knocker started a First Aid post only a few 100 yards from the Belgium front. They discovered that too many soldiers were dying on their way to hospital, so what they established was ‘The Golden Hour’. By building up the soldier’s strength before they were moved the considerable distance to a hospital more of them survived. Mairi and Elsie remained there throughout the war and financed themselves by fund raising. 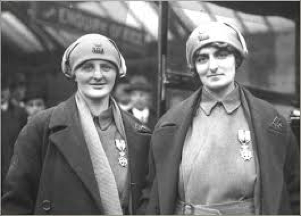 Another of Joy’s favourites was Mary Macarthur who did a great deal to ensure better working conditions for women before, during and after the war. She founded The National Federation of Women Workers which did an enormous amount to ensure better pay as well as improved working conditions. Mary was a member of the Official Reconstruction Committee which helped with the employment of women after the war, as many of them had lost the jobs that they had done during the war.

These women were extraordinary!