“Your challenge is to come up with a new fundraising idea”, said Bridget.

The challenge sat with Katie.

“It can’t be too hard to come up with an idea”, pondered Katie, as she googled ‘Fundraiser challenges and sponsored ideas’. How about a sponsored silence – Katie smiled at the notion of a quieter team – or a hike, or even a fashion show? ... Now that sowed the seed which led to the most memorable, yet ambitious, fundraising event ever embarked upon by a small social enterprise in Eye.

Why not organise a fashion show and endeavour to make it the longest in the world? Let’s set a Guinness World Record! That would be fantastic, although at this stage, Katie had no idea how long the show would need to be. Following some quick online research, she found that the current record was held by US giants, Cotton Inc and People magazine, set in 2014 … at just 24 hours! Surely we could beat that?

And so, the planning began. The whole team strived to accomplish this shared dream of achieving a world record and placing The Blossom Charity, from Eye, Suffolk on the world stage – up there with Milan, Paris, London and New York!

Further investigations were undertaken to find out more. What were the rules? What was required? Who could be involved? Michael, who was a stickler for detail, and therefore a great addition to the team, found out all that was required. It was a long list but in essence the event needed to be continuous; no two outfits could be the same, once a model in one outfit went off stage, they could not return in the same clothes; the presence of fashion industry professionals was essential to witness and record the event; there always had to be at least 10 people in the audience and so on.

Bridget, the Founder of The Blossom Charity, was often heard encouraging the team – “There’s always a way”, “We can do this” and so began an epic journey to try to qualify for the Guinness World record. A strong team with a breadth of skills was galvanised into action to make this dream a reality.

Amanda, in charge of fashion at dream on, was confident that she could procure the 900 different outfits for the female models by gaining the help and support of her many suppliers, particularly from King Louie, the vintage-inspired brand based in Amsterdam, who kindly donated hundreds of items of clothing from their session sample collections. She had to devise a comprehensible and failsafe system to ensure that once an outfit had been worn it was never repeated, and many hours were spent sorting and tagging the clothes appropriately in a vacant warehouse, making certain that the night would run like clockwork. 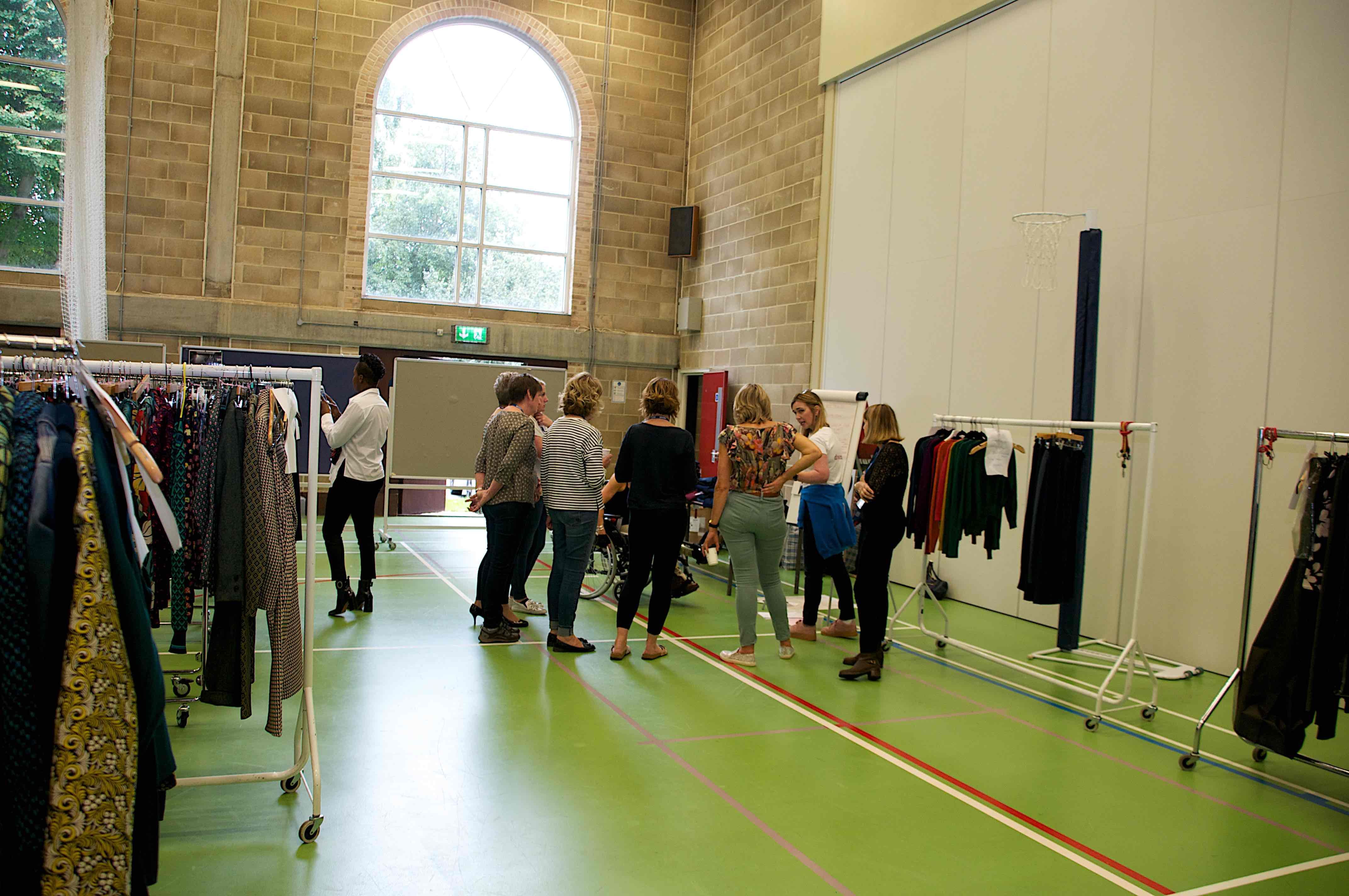 With Amanda well-equipped to curate the women’s attire, we then faced the challenge of dressing the male models. How would we source their clothes? Luckily Jarrold’s came to the rescue and allocated the menswear manager, Tim Benns, to help us. He did a first-class job putting his heart and soul into diligently selecting the designs and fits necessary to accommodate the various shapes and sizes of the men he was tasked to clothe. He lent us smart shirts and t-shirts, ranging from flamboyant and eccentric, to plain and casual. Trousers came in every style and colour – flared, bootleg, slim fit, baggy, skinny, and tailored, in fabrics such as denim, linen, cotton, and corduroy, along with striking accessories, consisting of colourful ties and scarves.

The roles for the evening were many and varied. We enlisted professional beauticians to work their magic in hair and makeup, and dressers to clothe the models to the highest standard, making sure they looked their best, and that no outfit was duplicated. Everyone needed feeding and hydrating throughout the show, and so some were designated the all-important responsibility of providing snacks and drinks to sustain the collective energy and morale. It was going to be a mammoth session. A sleeping area was set up at the back of the changing area so that people could take 40 winks when needed. The response was phenomenal with over 150 people involved, and it was executed with military precision. 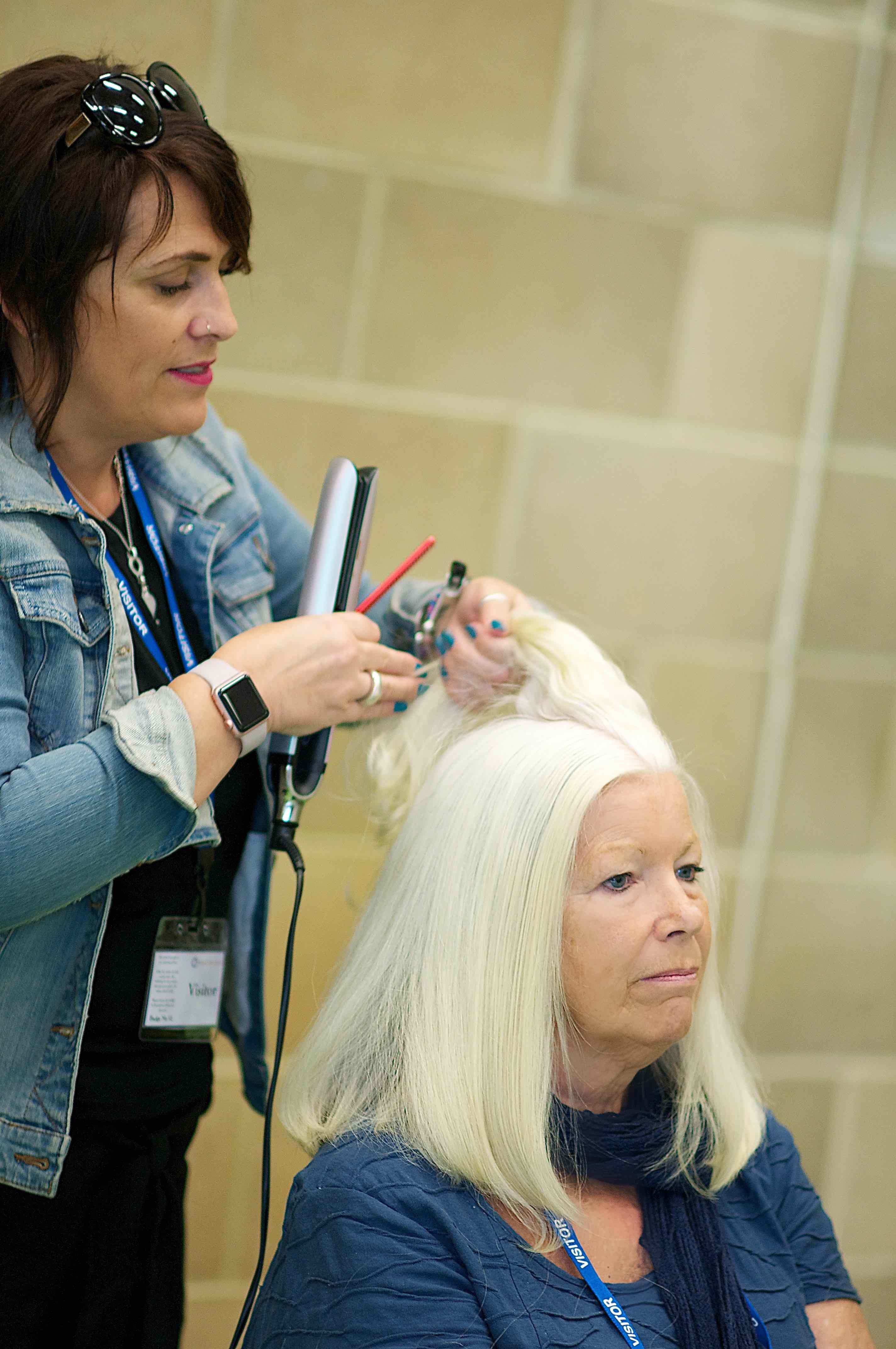 The day arrived – the venue, Woolverstone Hall in Ipswich, was transformed with exquisite flower displays and light decorations along the gangway and onto the stage. It looked magical and whimsical. Everyone was on a high, and the nervous energy was put to good use.

It was 3pm on the Friday.

Volunteer models transformed before our eyes. Though most had no modelling experience, after a quick practice on the dummy catwalk backstage, they stood tall and proud, hiding their nerves as they took to the main stage for their turn. Strutting along the catwalk, swirling, smiling and bubbling with adrenaline, they dazzled the audience with the best show. Every spectator was engaged, delighting in being part of this world record attempt. If it was possible by great vibes alone, then this challenge would be in the bag. 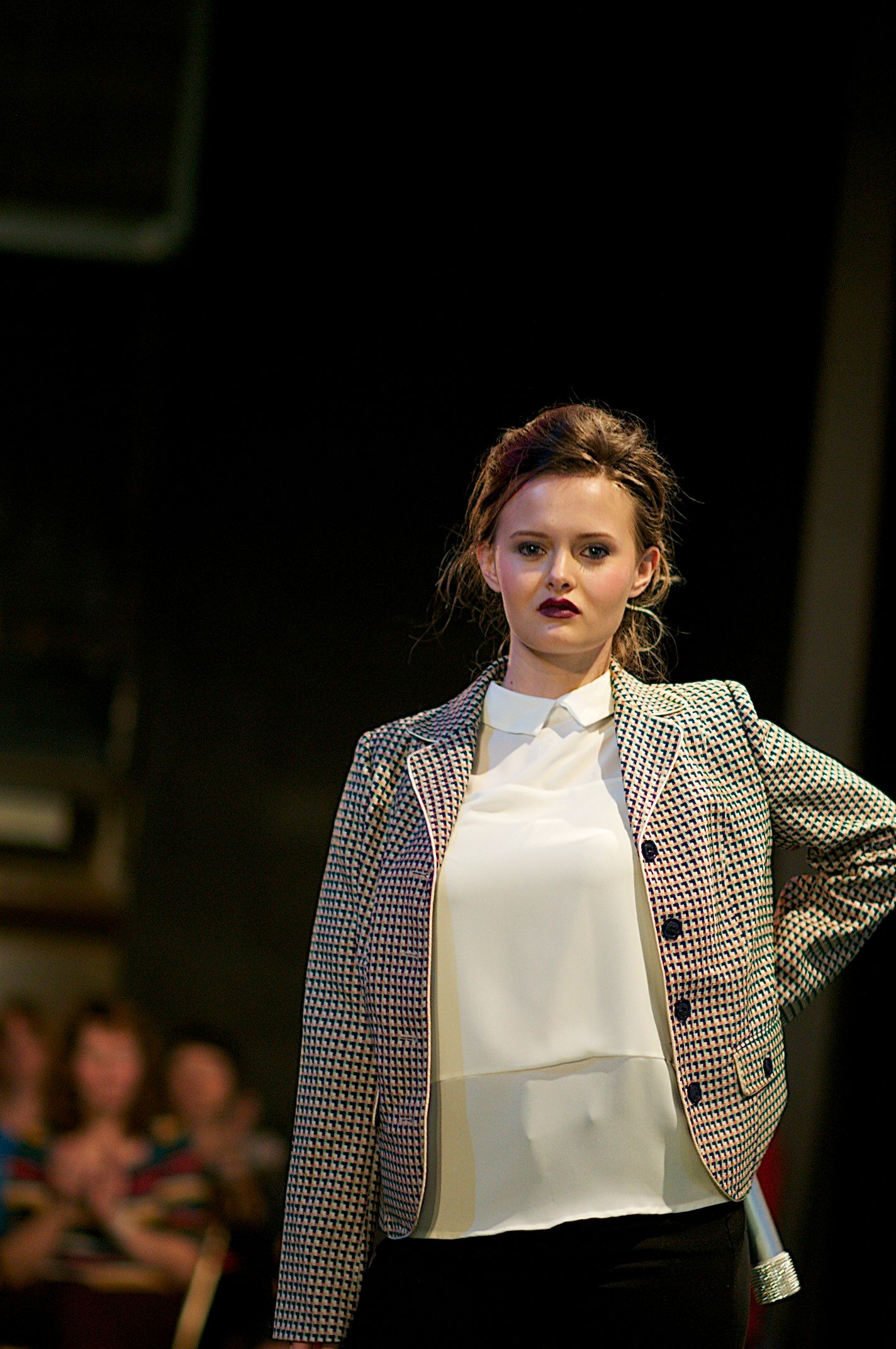 Hour after hour went by - the hosts on stage did a valiant job of keeping the show cohesive, entertaining and interesting. Describing the beautiful clothes by style, colour and brand – swirly skirts, floaty dresses, chic trousers, stylish jackets, lacy jumpers, silky blouses, draped necklaces, classy hats and statement handbags – there was something for everyone. The colours were phenomenal – coral pink, strawberry red, mandarin orange, mint green, electric blue, lavender purple, mocha brown, thunderous greys and many more – the models were sporting a spectrum of contrasting and complementary colours. 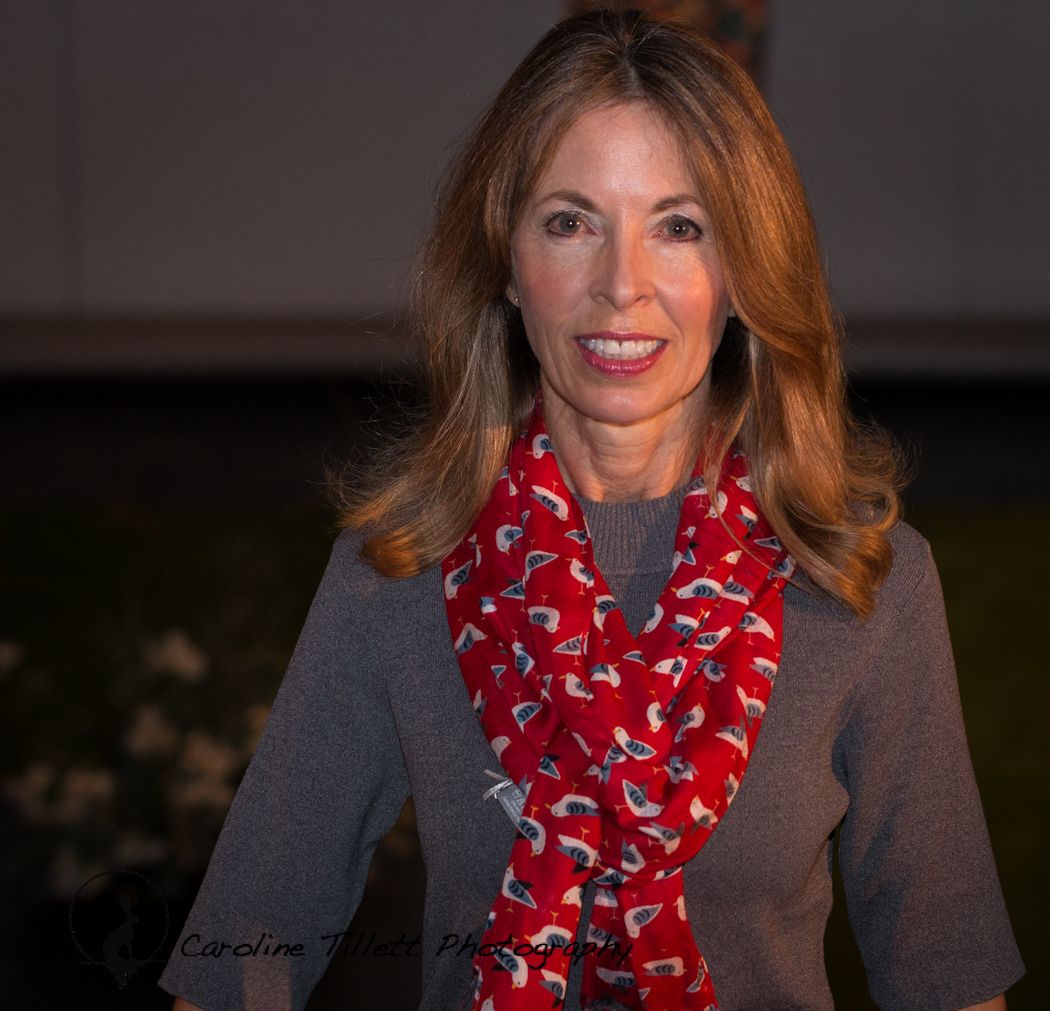 With smiles and camaraderie throughout, the models continuously queued up in the wings, ready to take their place on stage. The stage managers giving them their cue that it was their turn to strut their stuff while the fashion industry professionals, in their pairs, witnessed and recorded the momentous event happening before their eyes. The whole occasion was captured on video and camera to act as proof for, and to be vetted by, The Guinness World Record organisation at the end.

One of the requirements was that there must always be at least 10 people in the audience for the duration of the fashion show – this would be easy during the daytime but not necessarily in the twilight hours. A Gold VIP area was set up to the front side of the auditorium, in which stood 10 gold chairs offering the best views, while also supplying guests with drinks and snacks, ensuring they were well looked after. We knew that if all these seats were full, we would have a minimum of 10 people there, and so this area was manned with considerable care. Though people were moved into the area before anyone was allowed out, the bonus VIP view of the show meant that everyone was happy to use the chairs as requested, so that we could meet the requirement with ease. The resilience shown by the elderly VIP guests, who were used to being sleep deprived in the early hours of the morning, was amazing as they clapped enthusiastically for all the models, keeping everyone in high spirits.

Just before 9pm on the Saturday, the models and team were getting ready for the grand finale and the final countdown. A sea of glistening, sparkling, velvety, lustrous evening dresses adorned the models as they sashayed onto the stage; the gents looking dapper and suave in their DJs, bow ties, cravats and waistcoats. Although people were tired, with most having had little or no sleep, the atmosphere was electric. Everyone on stage was grinning from ear to ear as the rapturous applause crescendoed and the audience were on their feet for the standing ovation. 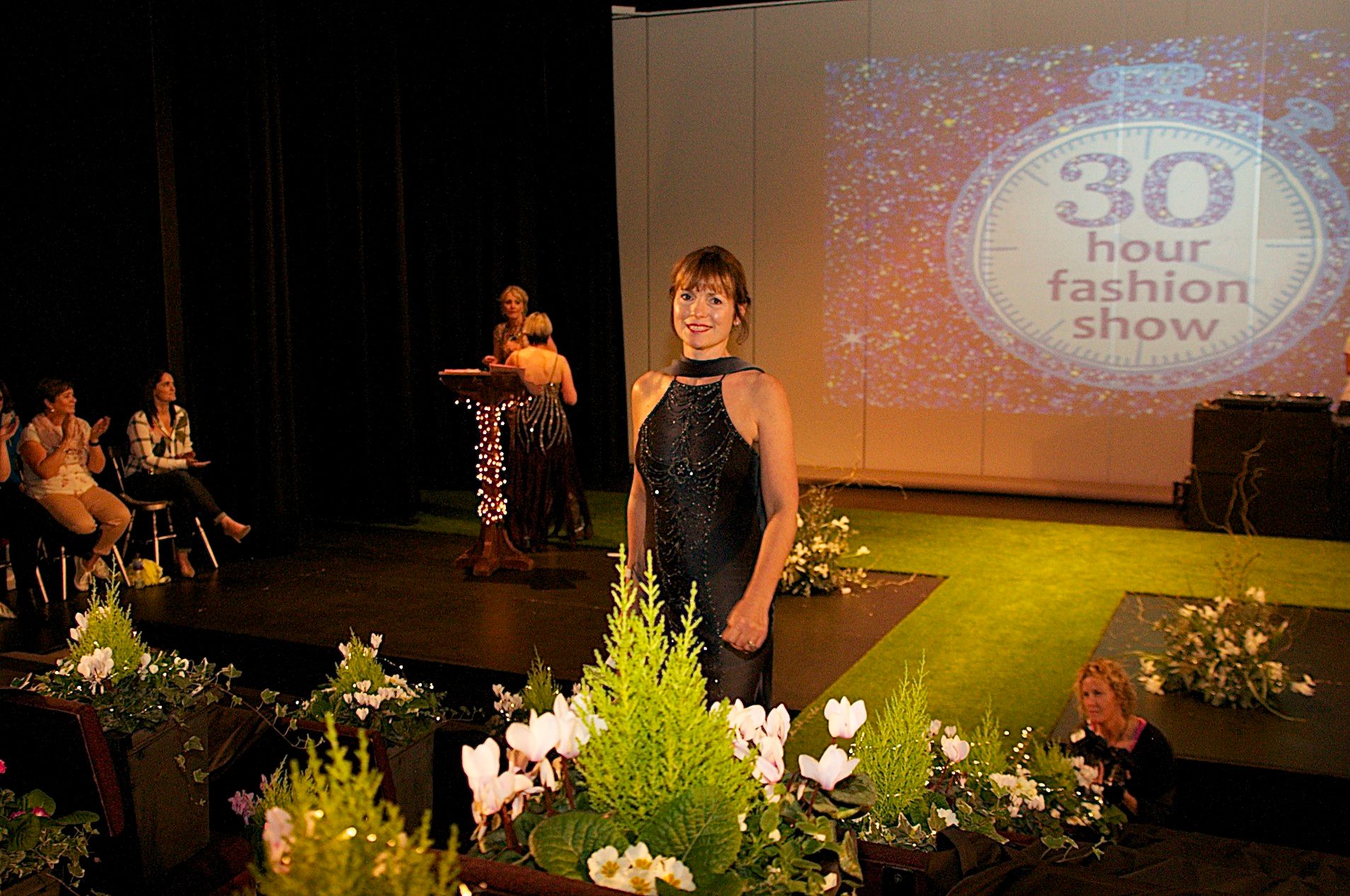 Photos above by Wendy Aiken Photography

We had done it – we’d qualified for the world’s longest fashion show.

We believed we had broken the record, and 14 months later – after answering many questions, crossing the ‘t’s and dotting the ‘i’s – our Guinness World record was ratified and, as of now, it hasn’t been beaten!!! 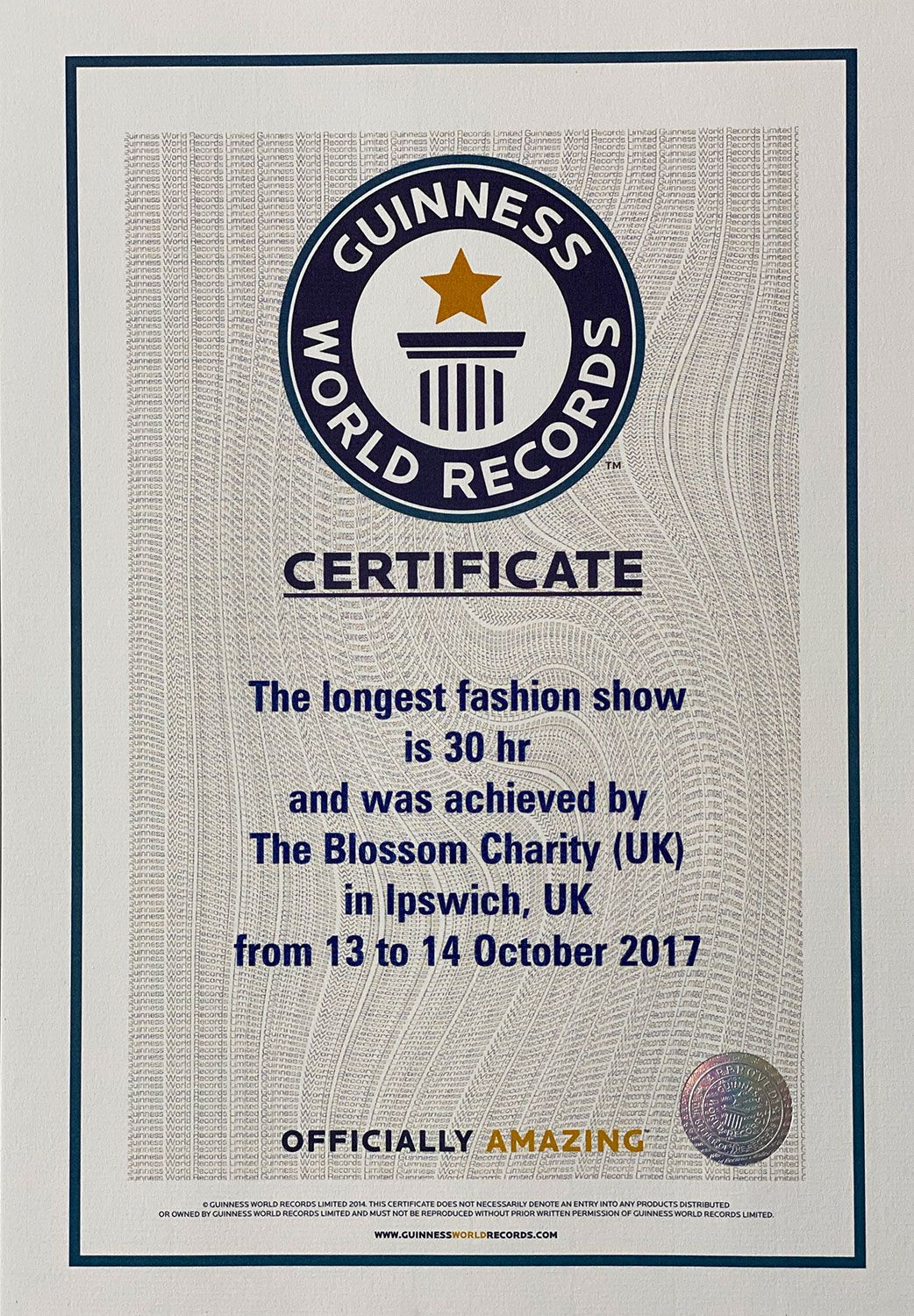 What an amazing feat for The Blossom Charity, a tiny charity in Suffolk dedicated to helping women, men and teens be the best they can be, and all thanks to our many supporters. It was the most spectacular event and proved that great teamwork, co-operation, positivity, empathy, resilience, and friendship can achieve anything.

We’ll never forget – thank you to everyone involved!